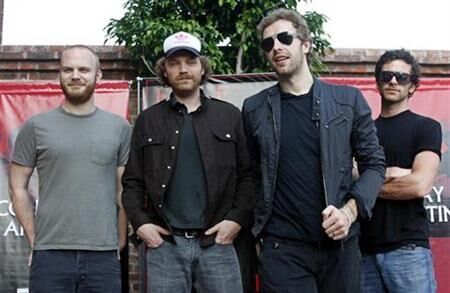 Coldplay's Next Single is Free

While Coldplay isn't giving away an entire album, they are offering the first single on the CD for free online.

"Fans can download 'Violet Hill', from the album 'Viva La Vida or Death And All His Friends', free for one week from 11:15 a.m. on Tuesday. The album will be launched on June 12," Reuters says.

"Coldplay also announced two free shows -- one at the Brixton Academy on June 16 and another at Madison Square Garden in New York on June 23."

Hmm, better than artists who charge for the whole album, but they're going to have to start being more generous if they really want to get ahead.

Topping the charts in terms of innovation, IMHO, is Radiohead who tried the "pay what you want" approach. They asked fans to pay whatever they thought the Rainbows album was worth, from nothing to an unlimited amounts, and ended up still making millions of dollars.