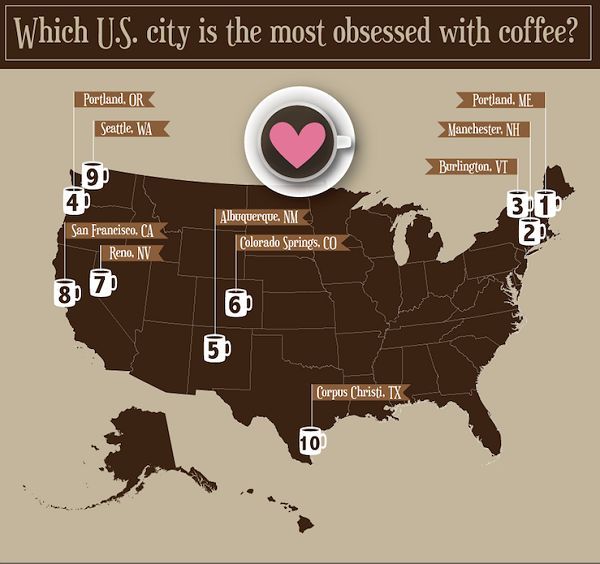 Ryoko Itawa Made a Coffee Map that Reveals Coffee-Loving States

Surprisingly, Portland, Maine beat out Seattle — which is the home to coffee chains like Starbucks and Seattle's Best — for the most caffeine-obsessed city in America. Contrarily, Jackson, Mississippi contains the least amount of coffee drinkers.
1.1
Score
Popularity
Activity
Freshness
Jeremy Gutsche Keynote Speaker