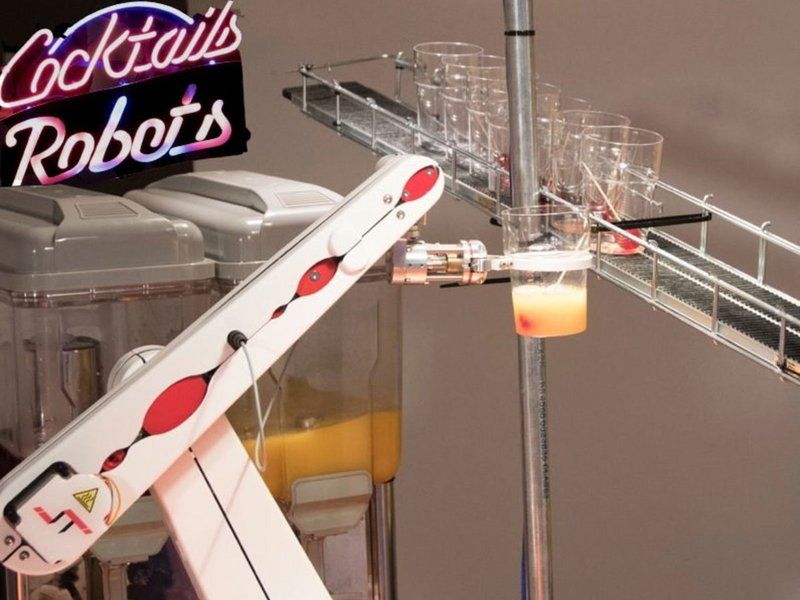 Inspired by Doctor Who, Factorylux and ST Robotics Created a Cocktail Robot

Laura McQuarrie — January 30, 2018 — Tech
References: factorylux & foodandwine
Share on Facebook Share on Twitter Share on LinkedIn Share on Pinterest
At this year's London Design Festival, Factorylux and ST Robotics unveiled a Cocktail Robot that was impressive not just for its ability to mix drinks, but the fact that it operated on nothing but audio frequencies. The Cocktail Robot was displayed as part of the 'Cocktails & Robots' installation, which was set to the sounds of electronic arrangements of English musician and composer Delia Derbyshire, who created the original title sequence music for Doctor Who.

Factorylux Co-Founder Stanley Wilson describes that the company is "a small and new lighting design manufacturer [...] looking to disrupt a saturated market. We had been throwing small parties for designers and we found the most cost-effective, the most standout and successful strategy was to serve cocktails." As much as a drink-making robot may just seem like a novelty party trick, these kinds of robots may represent the future of food service, as they are being implemented in burger chains, noodle restaurants and even grocery stores.
3.5
Score
Popularity
Activity
Freshness
Get Better and Faster