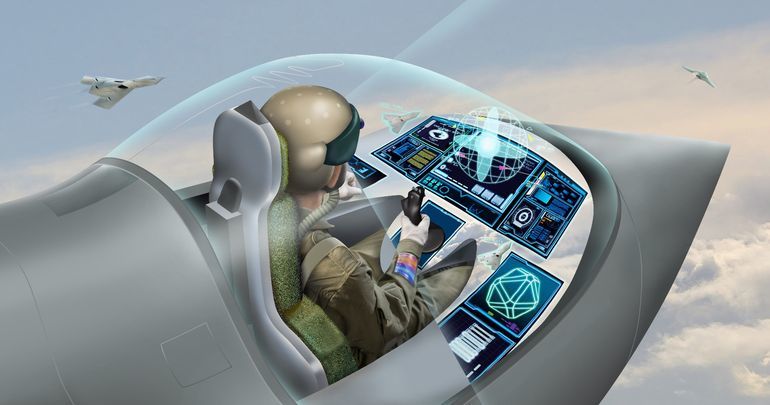 Rahul Kalvapalle — May 22, 2015 — Tech
References: baesystems & gizmag
Share on Facebook Share on Twitter Share on LinkedIn Share on Pinterest
The Wearable Cockpit is a futuristic piece of technology, conceived by BAE Systems, that can be configured to pilots' personal needs and preference. Moreover, the cockpit would never require tangible hardware upgrades, with updated being installed on a virtual interface -- saving millions of dollars as well as manual labor hours.

The technology would ideally work in conjunction with a visual element, reminiscent of Oculus Rift-style virtual reality, that would be built into a helmet. The helmet's visor could potentially be used to overlay virtual displays, while the helmet itself would also serve to protect pilots from impact.

The military and aerospace industries are some of the most forward-looking and fast-moving in the world, and this Wearable Cockpit exemplifies that.
3.5
Score
Popularity
Activity
Freshness
View Innovation Webinars

Free-Ranging Military Drones
This Piaggio Aerospace Drone Has a Range Of 8,150 Kilometers