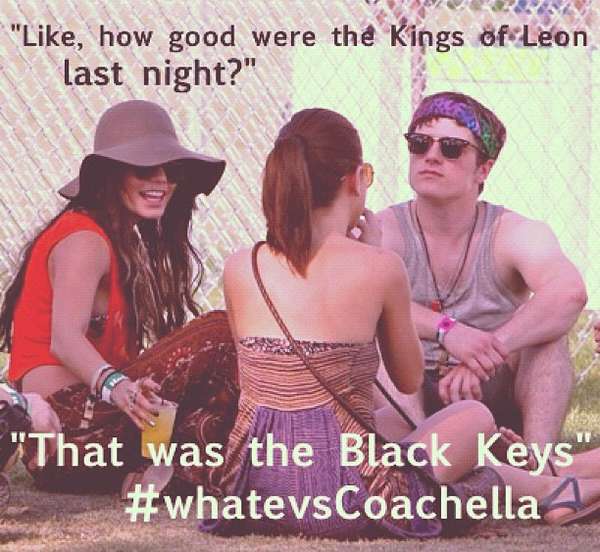 The Coachella Problems Meme Pokes Fun at the Festival's Stereotypes

If you missed the action, fear not because Coachella is a two weekend-long event this year and will be repeated next weekend. However, if you're just interested in poking fun at celebrities like Vanessa Hudgens, who seem to only appear once a year at the festival, dressed like Stevie Nicks circa 1975, then you'll love the Coachella Problems meme.

With captions like "It's all about accessories...and some music" and "Which came first...Coachella or the headband?" it's hard to contain your laughter when scrolling through these silly Coachella Problems memes.
6.6
Score
Popularity
Activity
Freshness
Attend Future Festival