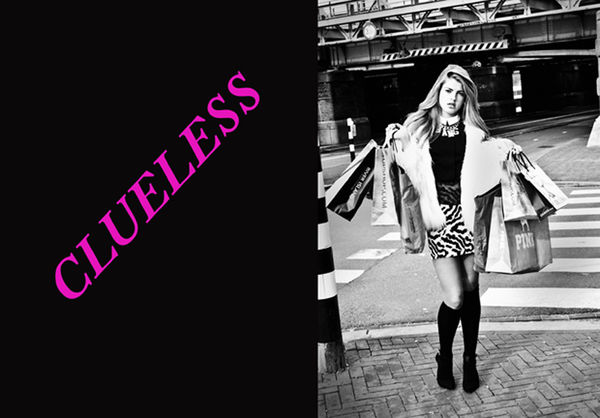 Meghan Young — January 6, 2014 — Fashion
References: janisann & fashionising
Share on Facebook Share on Twitter Share on LinkedIn Share on Pinterest
The photo series titled Clueless by Janis Ann, a British photographer who splits her time between Amsterdam and London, is inspired by the teen film of the same name. Considering how iconic the looks of Cher Horowtiz and her posse are, it is no surprise that they would resurface nearly 20 years later. From mixed and matched patterns to bright colors and an overall teenybopper appeal, the outfits featured throughout do the movie complete justice.

Starring model Noa, who is a good stand in for Alicia Silverstone, Clueless by Janis Ann was styled by Suzan Sea. Shot outdoors, the looks have been given a bit of an edgy twist in the form of chunky jewelry and punk-like accents that could easily suit Gwen Stefani circa mid-90s.
4.4
Score
Popularity
Activity
Freshness
View Innovation Webinars