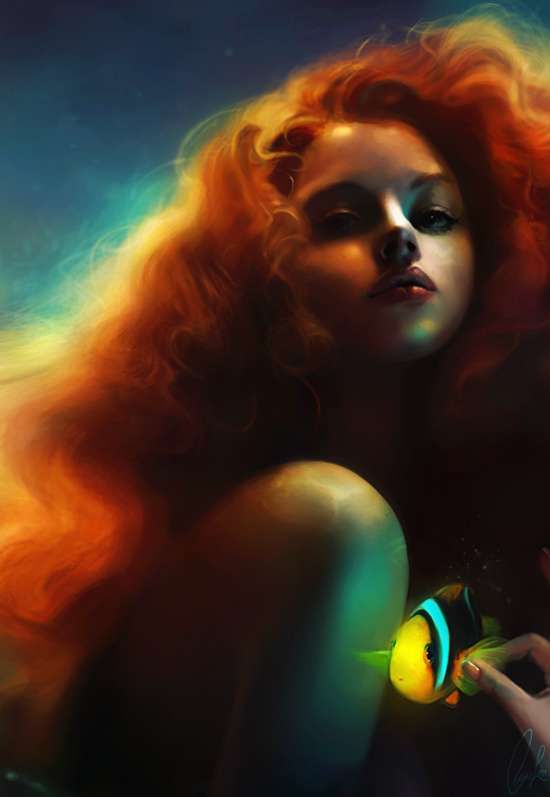 Jason Soy — September 2, 2011 — Pop Culture
References: meirou.deviantart & blog.thaeger
Share on Facebook Share on Twitter Share on LinkedIn Share on Pinterest
Fairytales can come true, at least visually with these Claire-Lena McKinley illustrations. Displaying skill that's truly unrivaled by many of her contemporaries, the artist has taken iconic Disney princesses and morphed them into these hyperrealistic depictions you are currently enjoying.

The most impressive aspect of these Claire-Lena McKinley illustrations, aside from the fact that they perfectly capture the look of every animated heroine using masterful technical ability, is McKinley's ability to invoke specific moods and atmospheres that highly exemplify each classic Disney story. I'm also extremely impressed by the underwater lighting effects she used in illustrating Ariel from The Little Mermaid. The colors from her signature red locks look as though they're pictures of galaxies from the Hubble Space Telescope.

Implications - Consumers are fascinated with depictions of familiar cartoon characters in hyperrealistic ways because it satiates their curiosity of what fictional beings would look like if they transcended film and existed in the tangible world. Corporations may consider using hyperrealistic artwork in their promotional campaigns in order to entice consumers into listening to the company's messages.
6.9
Score
Popularity
Activity
Freshness
Access Advisory Services