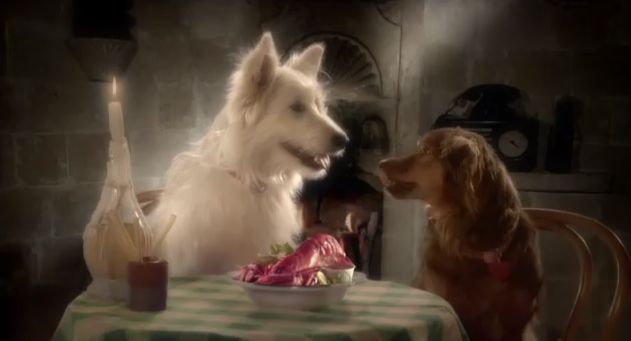 Laura McQuarrie — October 22, 2013 — Autos
References: creativecriminals
Share on Facebook Share on Twitter Share on LinkedIn Share on Pinterest
The 'C3 Dog Romance' is a Citroën car commercial that shows a short love story between two dogs in adjacent cars. This sounds like it would be totally sappy and end quite predictably, but Citroën manages to throw in a twist right at the end that makes the video worth watching all the way through.

The relationship of the two dogs in love starts off slowly, showing the two hopefully looking at one another from afar. They pair is almost separated at a gas station when the new Citroën C3 fills up on gas faster, which hints at what is to come later in the commercial.

Over a long stretch of road, the pair of dogs imagine romantic dinners in the style of 'Lady and the Tramp' and even an adorable wedding. However, the romance is cut short when the other vehicle has to veer off at another gas station to top up, while the C3 and its full gas tank are able to keep driving.
2.5
Score
Popularity
Activity
Freshness
Get Trend Hunter Dashboard