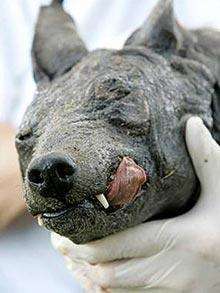 Faking Chupacabra and Bigfoot for Publicity

If I had a little more time on my hands, I would fake both of them to create a big publicity stunt.

Accordingly, I am going to explain 5 Reasons to Fake Chupacabra and Bigfoot for Publicity:

1. Accuracy is Not Required for Viral - In March, one of the most viral posts on the net was the redesigning of the Eiffel Tower; the Serero Project. The news spread like wildfire, with people passionate, excited and upset. The kicker is that the project was a fake. Big deal, the Guardian and others still printed it…

2. Mythvertising Works - Last month, we saw UFOs crash land next to the London bridge… But wait, aliens don’t exist! Tell that to Vauxhaul. People were immediately intrigued by the idea that a myth had been made real. Days after getting media attention, the new Vauxhaul was revealed. Vroom vroom.

3. It’s Easy to Fake ‘NO EVIDENCE’ - In the case of Bigfoot, how difficult is it to list the features of Bigfoot and announce that DNA proof of Bigfoot will come later? By the way, did anyone else notice that Bigfoot was discovered in Georgia, but the press conference is in Palo Alto? That’s the heart of Silicon Valley, BTW…

4. It’s EASY to Fake a Weird Dog - Guess what? If you want to make a dog look like Chupacabra, you simply add something around his nose and take a blurry video from far away. But won’t ‘adding something’ to a dog’s head make the dog run funny? Exactly! What if people doubt the legitimacy of blurry Chupacabra footage? Easy, say that the footage is from a police car video and interview a small town police officer…

5. Brand Association - There are 450,000 Google results for “Trend Hunter"… But there are 10,000,000 results for the word Bigfoot. The bottom line is that Bigfoot is a big brand… But nobody owns him, and that means his brand is FREE! Well imagine that. In short, both Bigfoot and Chupacabra are well known brands that you can use to boost your product.

The only other note is that I would fake Bigfoot before faking Chupacabra. I say this because it's taken me half an hour to write this article and most of that time was spent learning to spell Chupacabra / chupecabre / chupa-whatever. Having said that, maybe it's just because in Canada we don't have goat-sucking vampire dogs.

Adaptive CBD Skincare
The Vena CBD HY Collection Has a Moisturizer, Serum and a Gel-Mask