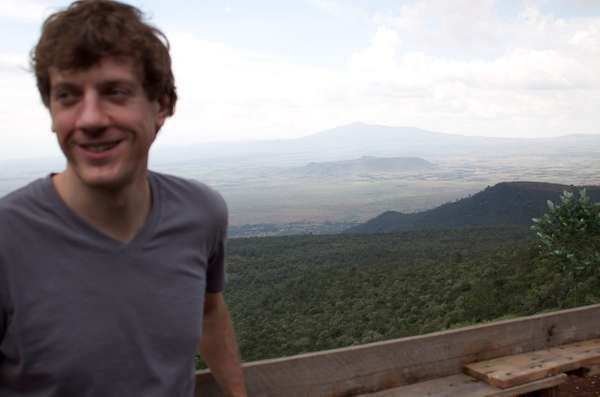 With an introduction like that, it’s great to get inside the head of American Operations Director Chris Markl and discover more about Kourage’s business practices. Here, Chris Markl sheds light on his odd (his word!) productivity rituals, his affinity for Dan Pallotta and why he left his PhD.

I was actually leading a team of cyclists across the USA in 2006 for a 4,300-mile fundraiser I created. We were having a discussion on ethical apparel and I wondered, why can’t we do better than fair trade? After the ride, which raised $85,000 for Heifer etc., I returned to graduate school at the University of Colorado where I studied textile factories and export processing zones. I am a runner so the fit to create Kenya’s running apparel makes sense.

I’ve been interested in solving social problems since my time as an undergraduate where I studied philosophy and economics. Philosophy made me care about others, and economics provided me with tools to create Pareto improvements. I love academics, but writing papers wasn’t enough for me in graduate school, so I left my PhD in 2008 to start something that would have a tangible impact in impoverished countries.

My inspiration is due entirely to Dan Pallotta. He created the multiday fundraiser raising over $560 million in 9 years. His work has lead me to attempt large goals and to also be good to myself.  His most recent book on charities is incredible and a must-read for all in the social enterprise sector! I remember back in 2001, when I first heard of Dan’s AIDS rides, I sent away for a VHS video, which is now at this link. I remember watching it and for the first time seeing that I fit in the world, that there are thousands of others who think like me and are doing their best to make the world a better place. I honestly cried of joy throughout the whole video, it was one of the most inspiring moments of my life. Dan’s speech at the end blows my mind to this day.

Lots and lots of coffee, great stations on Pandora, a love of American Apparel headbands, terrible pop music and having my three-legged dog lady stop by the “office” helps a lot as well! The weirdest thing I do, is that if a song clicks with me I can listen to it over and over and over like 20 times, for like over an hour. It’s completely odd but if I’m hitting repeat over and over again I’m likely to be really productive during that time.
2.4
Score
Popularity
Activity
Freshness
Get Better and Faster