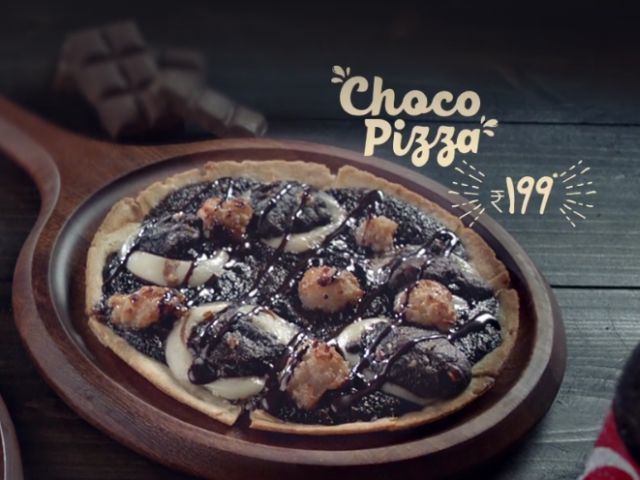 Dubbed the 'Choco Pizza,' the creation is the first-ever dessert pizza for India from the chain. In the same way that a variety of vegetables are offered as toppings, the Choco Pizza is drizzled with fudge sauce and decorated with Choco-brownie, Choco Cookie, Cheesecake and Coconut Nougatine pieces.

According to the chain, the new menu item from Domino's India specifically targets "discerning foodie customers." This dessert pizza is being introduced alongside a new Cheese Burst pizza, which features a crust stuffed with four different types of cheese. As such, both new menu items are being introduced with a tagline that emphasizes that they are: "Made for foodies. Made by foodies."
1.2
Score
Popularity
Activity
Freshness
Attend Future Festival