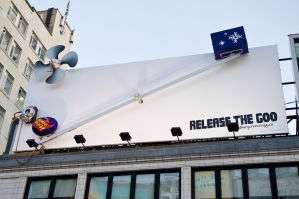 The billboard, designed by Saatchi & Saatchi, has a long teeter-totter construction with a giant Cadbury Creme Egg on one end, and as rain, snow, or hail falls, the egg will rise on the lever to meet a fan that will break the egg open â€œreleasing the goo.â€

Implications - While I wouldn't want to be at the forefront of this clever interactive marketing campaign, it would certainly be entertaining to watch it happen to someone else! Striking interactive campaigns like this are the future of advertising, with the impact of print ads slowly dwindling and the rise of the viral video.
4.2
Score
Popularity
Activity
Freshness
View Innovation Webinars