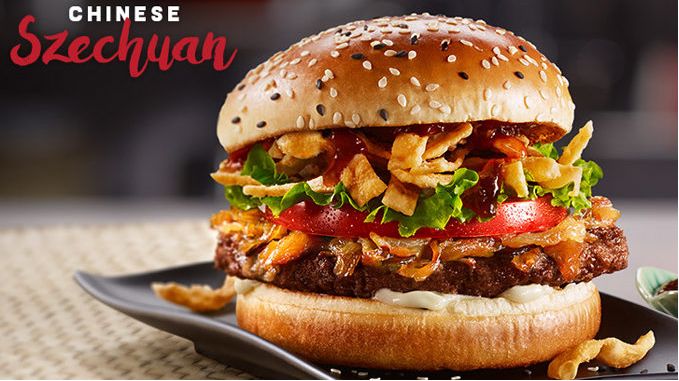 McDonald's Chinese Szechuan Burger Was Released with Its New Menu

The new burger arrives as part of the brands World Taste Tour menu, which includes new international-inspired flavors. This particular offering consists of a 100-percent Canadian beef patty that's topped with crispy wontons, lettuce and onions, all while topped with Szechuan sauce and mayo. The indulgent treat arrives on a toasted black and white sesame bun.

To promote the new menu, the brand has launched a contest that will award one lucky winner with a trip to one of the menu's listed countries.
5.3
Score
Popularity
Activity
Freshness
Get the 2021 Trend Report FREE