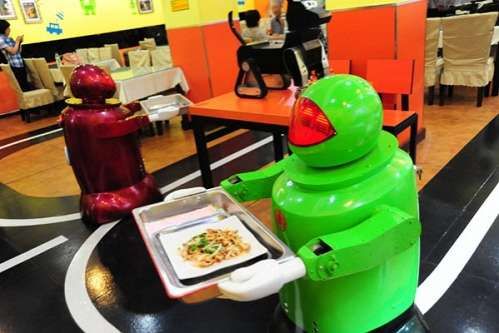 The Harbin, Heilongjiang Robot Restaurant in China is the Future

One restaurant in China is taking the path to full automation. The move is more than a mere gimmick: the restaurant features 18 colourful robots that perform various tasks, such as waiting tables, cleaning up after guests and even preparing the food. These delightful droids are equipped with motion-sensing technology to help them find their way around the restaurant. They are also highly personable, able to express up to 10 facial expressions and even speak in and understand simple Chinese phrases.

While they might lack the charm of human waiters, these droids could herald a new era of fully automated dining.
4.8
Score
Popularity
Activity
Freshness
Attend Future Festival