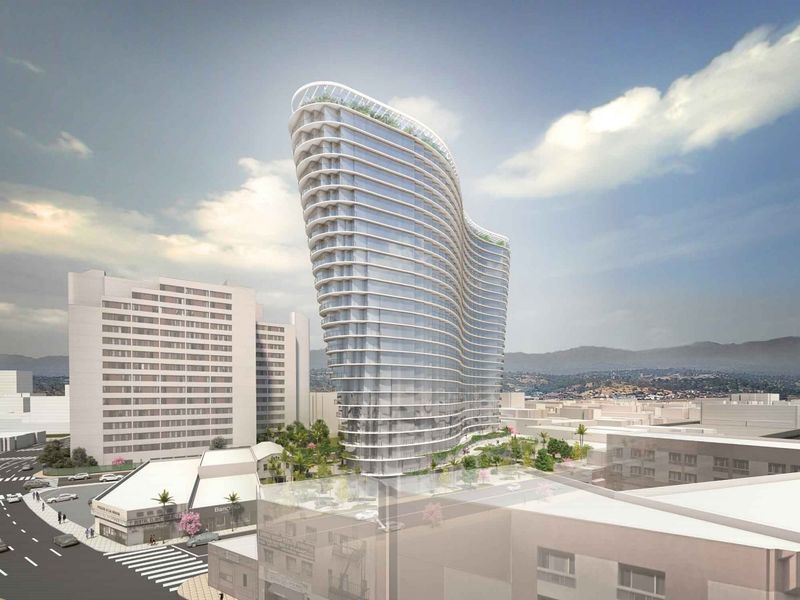 Joey Haar — April 21, 2018 — Art & Design
References: studiogang & archdaily
In response to increasing demand for both residential space and tourism in Los Angeles, Studio Gang, the Chicago-based architecture firm, recently released its plans for a new Chinatown condo. The mixed-use development would hold 300 apartments, 149 hotel rooms, shops, and public open space, and it's designed to make the impact on the neighboring community as positive as possible.

The plans for the condo show a sweeping, wavy shape that tapers from the top to the bottom. According to Jeanne Gang, the founder of Studio Gang, the shape prevents "that feeling of the building being a wall." Further, the taper allows for ample public parks and space at the ground level without sacrificing any views for the people who live in the building.

The proposal is set to be discussed in community meetings in the coming months.