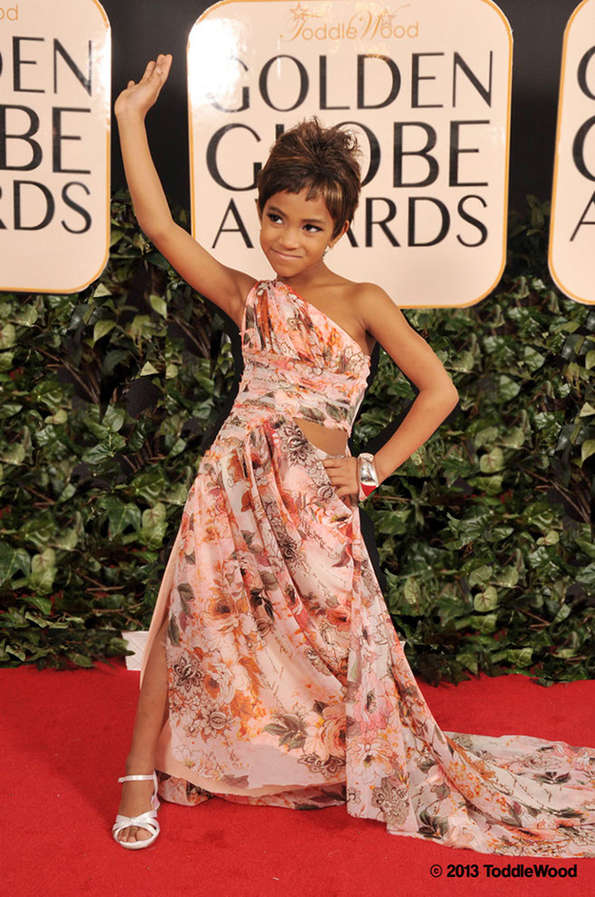 The results are hysterically real! More than 200 children applied to pose as their grown-up celebrity lookalikes. The artist and her designer even shopped for identical frock fabrics and had the shoot completed by Tuesday. The Toddlewood series has previously recreated shows like ‘Sex and the City,’ the film ‘Bridesmaids’ and stars like Audrey Hepburn in miniature form. One thing's for sure, these mini-mes have red carpet style down to a fine art!