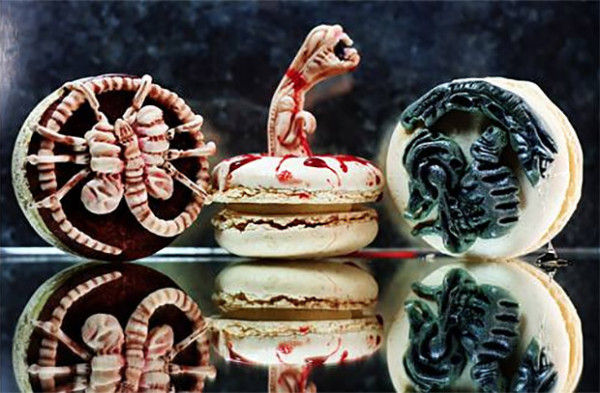 These desserts were inspired by the horrific sci-fi movie scene from Alien where a chestburster burst out from a character's stomach after it was gestating in their body for a period of time, in a bloody and traumatic way. These desserts sure look gruesome with red goopy liquid all around a little alien head.

As morbid as they are these chestburster macarons have undeniable creativity and precision. So many meticulous details and hard work were put into these treats that you'll hesitate before eating it -- if not only because of how terrifying they look.
0.9
Score
Popularity
Activity
Freshness
Access Advisory Services