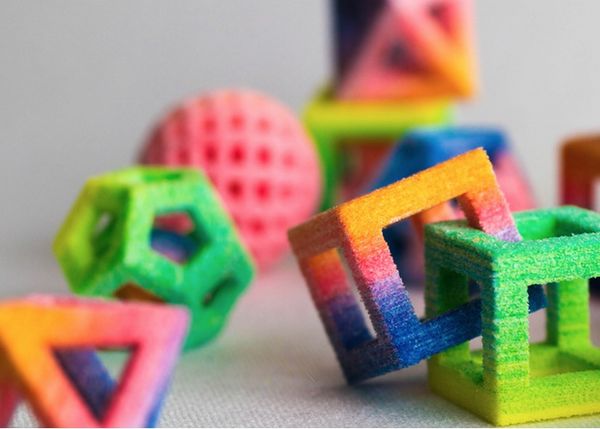 The ChefJet 3D Printer Was Displayed at 2014 CES

Michael Nieto — January 10, 2014 — Tech
References: independent & geeky-gadgets
The ChefJet 3D Printer is capable of producing edible structured confectionary. The ChefJet Pro will be available for under $10,000 and the ChefJet will have monochrome 3D confectionary printing for under $5,000. This printer is measured at 10 x 14 x 8 inches with printing materials that come in a variety of recipes.

These edible materials include chocolate, vanilla, mint, sour apple and more delectable flavors. The sugar structures come out in their original colors, so that it looks and even tastes better than what you would think. There’s nothing more extraordinary than having a printer that can produce yummy treats in just a few minutes. The ChefJet 3D Printer would be the first printer to produce edible content as showcased at the 2014 CES.