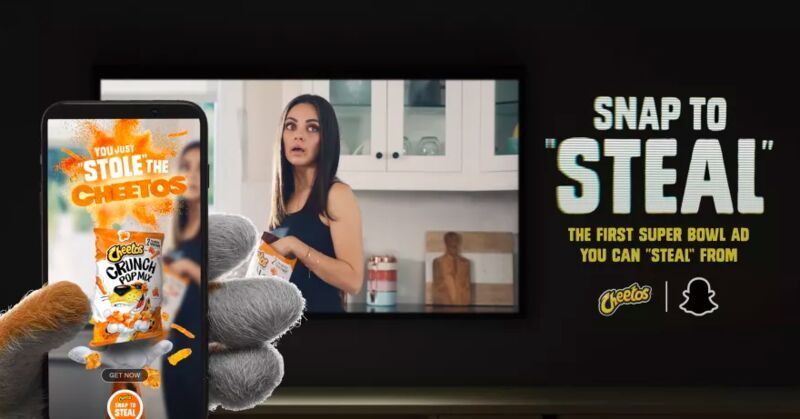 Teasers regarding the Super Bowl ad have already been released, showcasing a collaboration with icon, Shaggy. According to the trio, the ad will feature a remixed rendition of the popular hit 'It wasn't me" but with a snack-stealing twist. Now, it's been announced that users of Snapchat will be able to scan the ads QR code for a chance to win big, seamlessly bridging the gap between different advertising mediums, while appealing to the younger demographic.

The ad will air on Super Bowl Sunday in the third quarter.