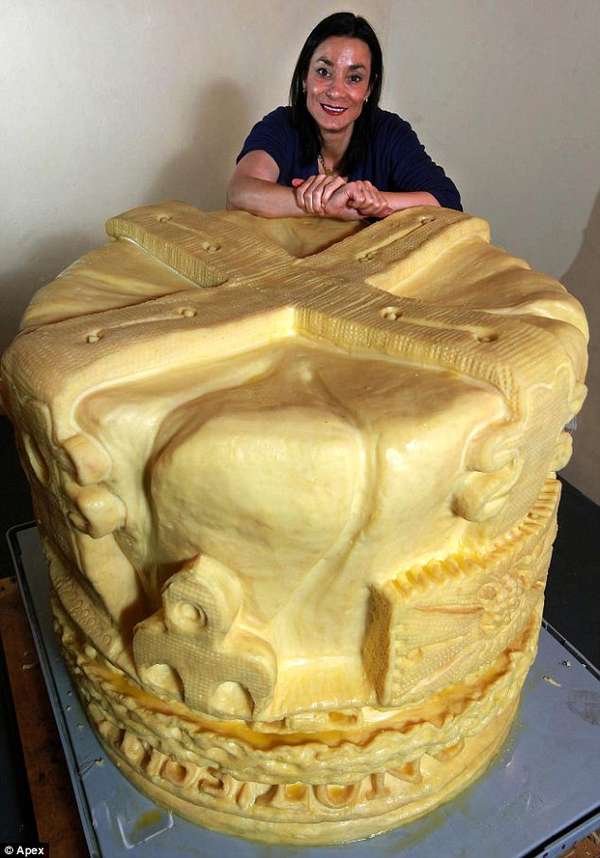 manzil — June 2, 2010 — Lifestyle
References: dailymail
Chef Tanys Pullin is the creator of a giant cheese sculpture, created to mark the anniversary of the Queen of England's Coronation on June 2, 2010. It took 90 hours and a 1,322lb block of Farmhouse Cheddar for Pullin to create the shape of a crown.

Set to be revealed at the Royal Bath and West Show on June 2, 2010, the crown cheese sculpture needs to be at least 290 kg in weight to achieve a World Record. Currently, Pullin is awaiting verification from the Guinness World Records that she has achieved such a feat.

Said Tanys to the Dailymail, "Now it weighs just below 500kg which blows the current record out of the sky."
2.7
Score
Popularity
Activity
Freshness

Cheesy Crafts
Foodies Can Now Make Their Own Cheese Caves