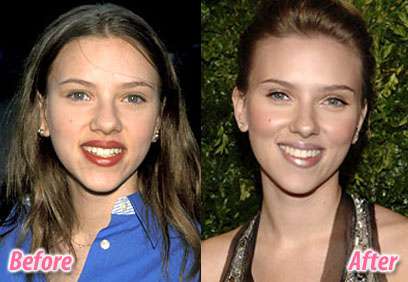 "This year's trend is for 'apple cheeks', and the easiest way to get them is via a 'filler' injection, which can apparently be done in just 30 minutes â€“ although it'll take you a lot longer than that to pay it off," said a journalist from the Scotman news.

The beauty of these fillers is how quickly they go, and how such a tiny, non-invasive adjustments can make such a dramatic difference in the facial structure. The person still looks like themselves, and are recognizable, unlike nose jobs which can change someone's entire appearance.

What's most interesting is the demand for speedy surgery. In 2007, we featured the 30 minute, or "Out to Dinner" boob job and the 5 minute nose job, both of which got thousands of hits.

93 Reality Alternatives
Living Our Lives Through Alterations and Surrogates