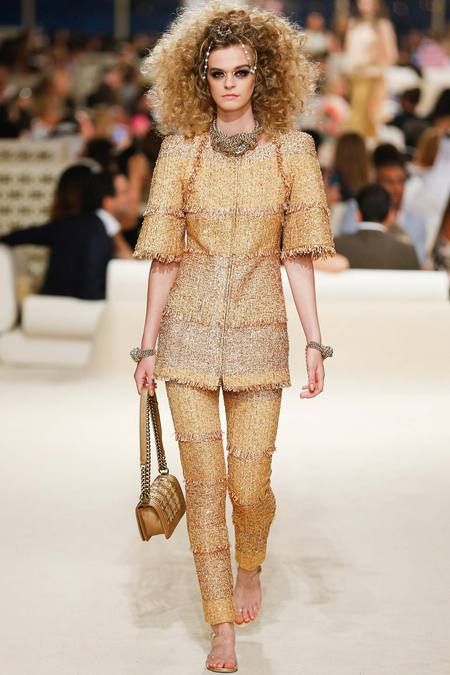 The Chanel Resort 2015 Collection is a Nod to Oriental Inspirations

Jana Pijak — May 14, 2014 — Fashion
References: chanel & style
Share on Facebook Share on Twitter Share on LinkedIn Share on Pinterest
The Chanel Resort 2015 collection was presented in Dubai this season, a place that its chief designer Karl Lagerfeld had not visited in over a decade. Lagerfeld described the gorgeous city as "The next step, the new reality," referring to its futuristic architecture and ultra-luxe lifestyle.

Despite of Dubai's futuristic setting, Lagerfeld's clothes paid tribute to a past era aesthetic. The designer took inspiration from Paul Poiret's Eastern-inspired fashions of 19th century Paris that evoked a sense of freedom and effortless elegance.