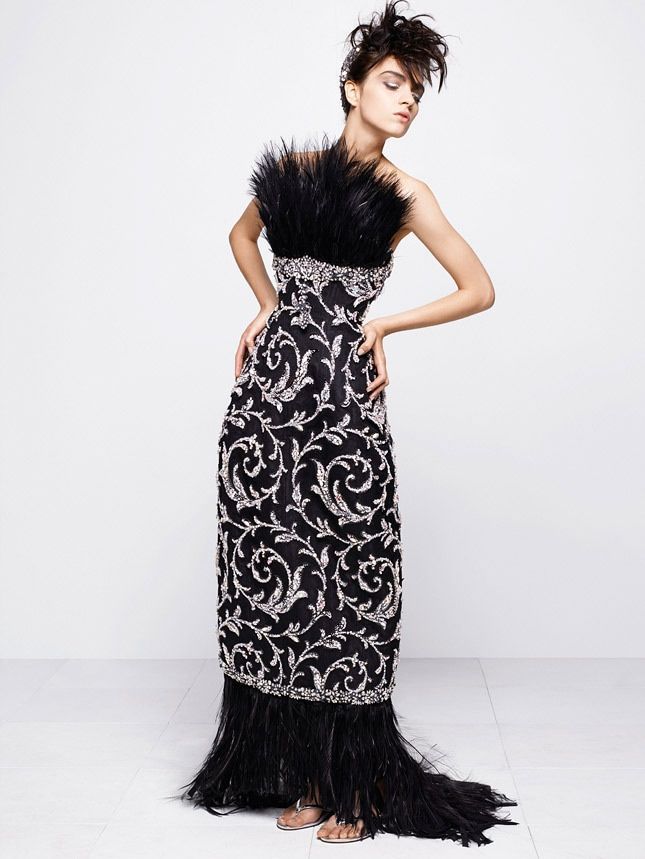 Meghan Young — July 10, 2014 — Fashion
References: chanel & fashiongonerogue
Share on Facebook Share on Twitter Share on LinkedIn Share on Pinterest
The Chanel Fall 2014 Couture press kit showcases the stunning dresses in a simple way. Captured against a plain white backdrop in studio, the designs are so intricately embellished, it is only natural that they would be the center of attention in such a lookbook. In a way, it looks as though they are part of an art gallery show.

Shot by the brand's creative director, designer and photographer Karl Lagerfeld, the Chanel Fall 2014 Couture press kit stars model Magda Laguinge. The brunette beauty, who looks as though she has just stepped off of the recent runway show where Kendall Jenner made her couture debut, also showcases adorned sandals and satchel-style bags. Visually striking and sculptural, the photoshoot brings attention to all of the detail in these noteworthy designer gowns.
3.7
Score
Popularity
Activity
Freshness
View Innovation Webinars