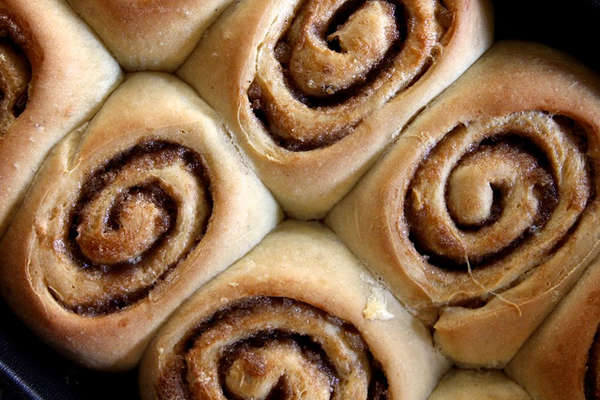 The Chai-Spiced Cinnamon Rolls Are Piquant

Jordy E — December 7, 2012 — Lifestyle
References: joythebaker & joythebaker
Share on Facebook Share on Twitter Share on LinkedIn Share on Pinterest
Joy the Baker's Chai-Spiced Cinnamon Rolls infuse Eastern tea flavors into her sweet recipes. Joy expresses her undying appreciation for cinnamon rolls, and admits that if she made them as often as she would like, she would probably have them in the oven about two to three times a day.

The Chai-Spiced Cinnamon Rolls were made for the meeting of Joy with Cashmere and Cupcake's online curator Emily Schuman, bringing together today's biggest lifestyle and food editors.

Joy put together the ingredients with ground cinnamon, cardamom, ginger, black pepper and of course, dough. She topped it all with a coating of melted butter, candied brown sugar and chai spices, making the treats all the more gooey.
1.7
Score
Popularity
Activity
Freshness
Access Advisory Services