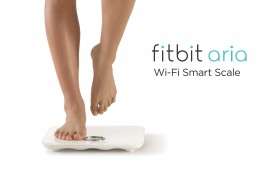 The FitBit Aria Scale is Debuted at CES 2012

This fabulous device IDs people in detecting the fluctuations in their weight in a way that it is easy to control and therefore motivational. The scale permits up to 8 users to share it, and most surprisingly it recognizes the person as soon as he or she steps on it, making it yet another inventive addition to the CES lineup of gadgets.

The Aria can be paired with other weight and exercise-tracking devices that the company launched last year, such as the ‘Wireless Activity Tracker,’ which was launched at CES 2011. The price point of this scale is pretty elevated, but it's worth its weight in weight lost.
1.2
Score
Popularity
Activity
Freshness
Jeremy Gutsche Keynote Speaker