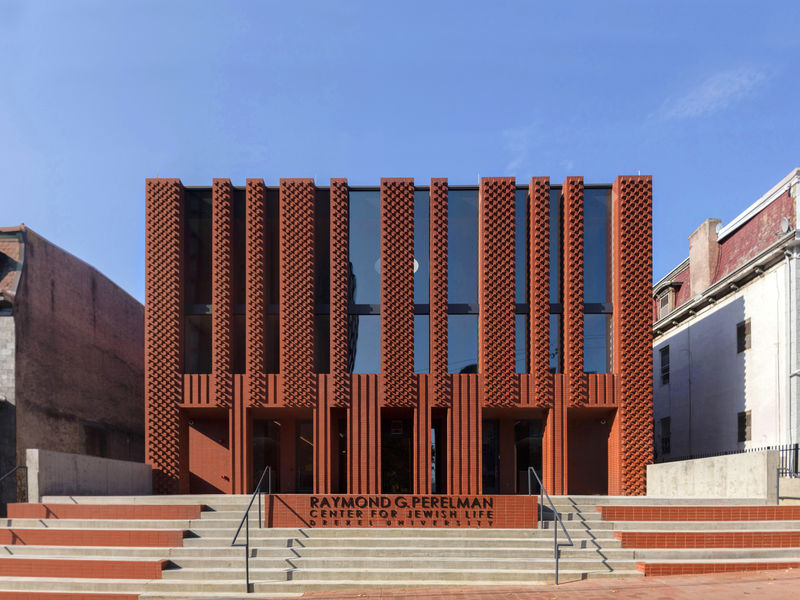 Joey Haar — May 20, 2017 — Art & Design
References: archdaily
Share on Facebook Share on Twitter Share on LinkedIn Share on Pinterest
Drexel University recently commissioned a new building for its Center for Jewish Life, and the design takes inspiration from an important icon of Judaism. The Center for Jewish Life's facade looks like an abstracted version of a menorah, the candelabra used as a part of many different Jewish rituals.

Since menorahs are used to hold candles and thus stand as a symbol for life, the iconography is well-chosen for the Center for Jewish Life. Further, the building design literally exudes light, as the windows between its brick columns shine stronger by contrast.

Though many non-Jews associate the menorah with Hanukkah, that's technically a misnomer. On Hanukkah, Jews light candles on a special, eight-armed menorah called a hanukkiah, whereas menorahs are used to light candles each day of the week throughout the remainder of the year.
2.6
Score
Popularity
Activity
Freshness
Get Trend Hunter Dashboard