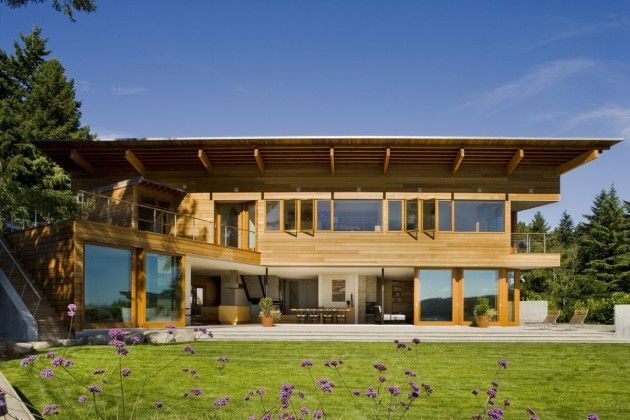 Exposure to water threatens to derail the home from its precarious position on a slope, meaning the architect had to come up with an energy-efficient way of collecting water before it can do any damage to the foundation. This was done through the use of a water-collecting roof and cast-concrete walls.

The walls are a defining aspect, as they delineate the interior and exterior and set up the spatial arrangement of the home. More importantly, the Y-shape that the walls create forms a datum against which the site's slope is calibrated. Meanwhile, the water-collecting roof prevents landslides and erosion that can occur on the sloping site, (especially if it becomes water-logged). The roofs have different methods of carrying out their function, with the western roof relocating the water to be drained at street-level, and the eastern roof collecting water in a gable, and then, cistern.
2.6
Score
Popularity
Activity
Freshness
View Innovation Webinars

Sustainable Urban Townhouses
This Chicago Residence is Sleek and Sustainable