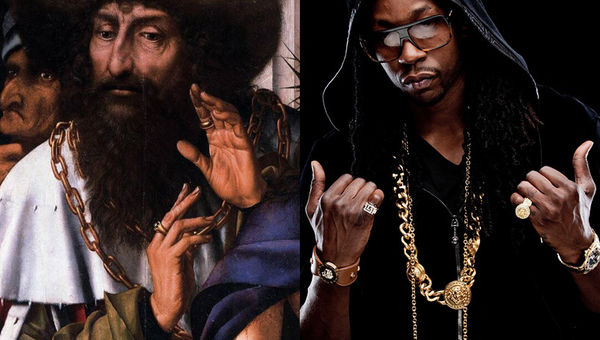 Other hip hop artists who have been compared to historic artifacts include Kanye West, who is wearing a similar fur scarf to a person in a painting of the Christ Blessing. Hot Sugar and Young Thug are two rappers that also make an appearance, with their nose rings and lip conformation looking like various pieces of art.

The entire piece points out the uncanny similarities between pop culture of today, and historic items from the past. In the end, it shows that history does in fact repeat itself, although not in ways that most people would imagine happening.