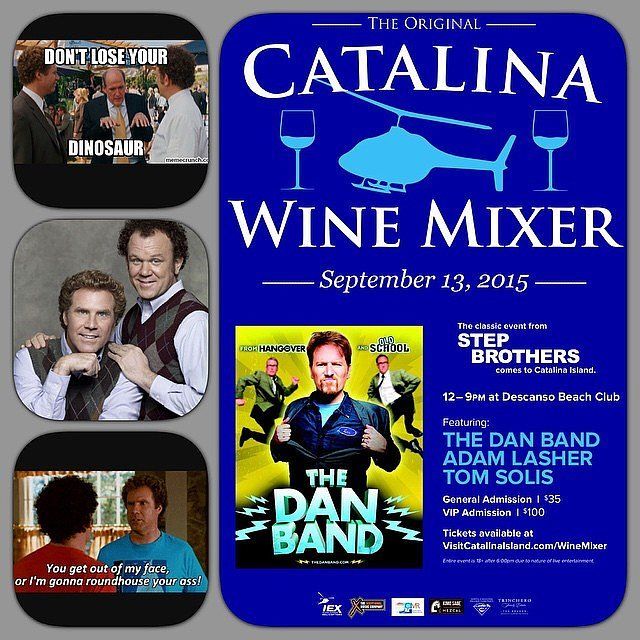 Ady Floyd — September 16, 2015 — Lifestyle
References: people & thedrinksbusiness
Share on Facebook Share on Twitter Share on LinkedIn Share on Pinterest
Seven years after the popular film 'Step Brothers' was released, an event titled The Catalina Wine Mixer will finally take place in California. During the film, the Catalina Wine Mixer was an iconic scene that solidified the bond between the two brothers.

In honor of the movie, this wine festival will honor the high-class event with aspects of parody humor towards the film. With an anticipated guests list of 600 people, the event is said to be provide gourmet food and wine from the "Trinchero Family, which owns the likes of Joel Gott, Napa Cellars, Taken Wine Co. and Folie a Deux." There will also be live bands and DJs.

This epic event will take place on Sunday September 13, 2015 on the Catalina Island off the coast of California. For each ticket sold, there will be a 10 percent price donation to the Santa Catalina Island Fund to help local students pursue higher education.
1
Score
Popularity
Activity
Freshness
Attend Future Festival