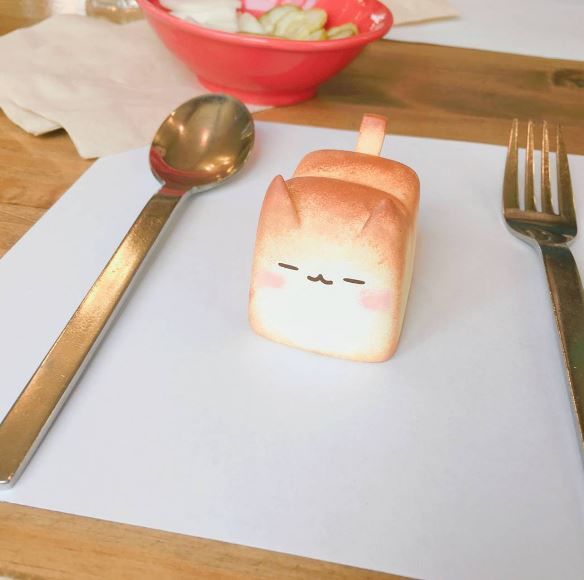 As he explains, Kim was "inspired by the image of cats sitting with their paws hidden" -- leading him to recreate the cute pose in a creative way. As the toys are meant for hopeful pet owners, the cat bread is not edible, although Kim portrays them next to jars of jam and on cutting boards to draw attention to their loaf-like appearance.

The collection of cat bread varies, with the small sculptures differentiated with alternating facial expressions and painted baking tones on their crusts. In the future, Kim hopes to create a storybook to go along with his cat bread.
6.1
Score
Popularity
Activity
Freshness
View Innovation Webinars