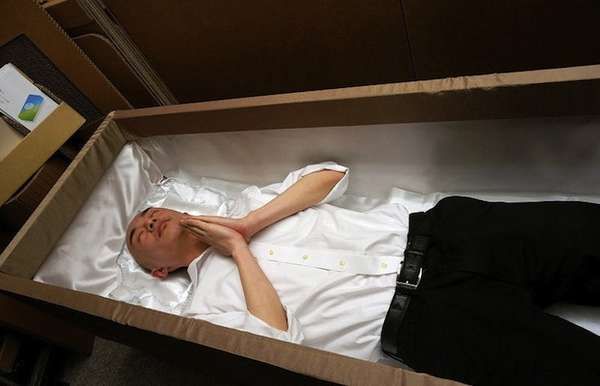 As a result of Japan's aging population, and the recent tragic events that happened there, the people of Japan are starting to plan ahead. They realized that death is inevitable and that they may as well be prepared for it not only financially, but mentally as well. These coffin experiences cost about 1,000 Yen and both snacks and drinks are provided. Participants lay in the coffins and listen to relaxing wave-sounding music. A mixture of age groups are participating in these events, from as young as 25 to upwards of 80. These coffin experiences prove that if you can face death head on, there is very little left to fear.
2.8
Score
Popularity
Activity
Freshness
Get Trend Hunter Dashboard