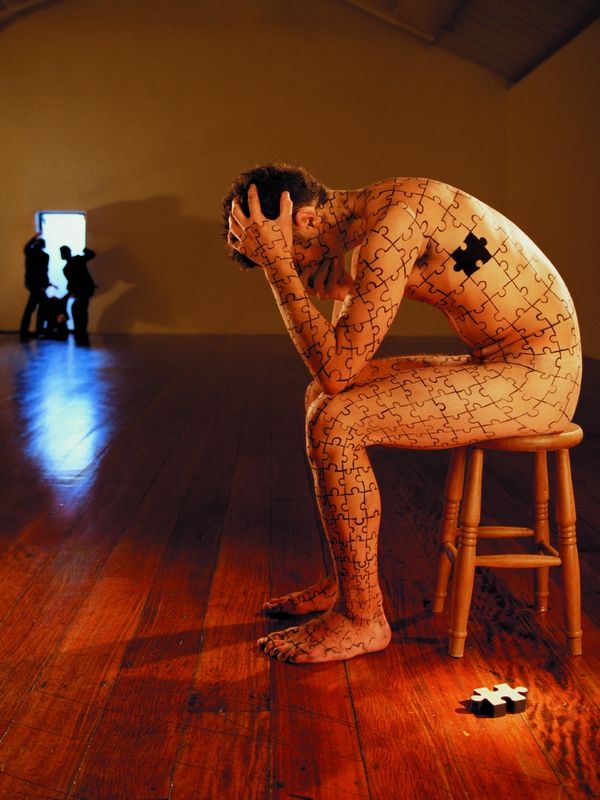 Megan Facciuolo — May 17, 2014 — Art & Design
References: getmadeup & designtaxi
Share on Facebook Share on Twitter Share on LinkedIn Share on Pinterest
In her recent art exhibition, artist Carolyn Roper created a two-part series of body painted men called 'Puzzle.' The series was made in hopes of creating some buzz for a Scottish rock band called Biffy Clyro. The band is releasing a new album called 'Puzzle,' which is, of course, what the series is named after.

The London-based artist already holds an extensive portfolio of professional body paint works. Each body she paints tends to be in homage to something in pop culture, be it a TV show, a musician or something that is fashion-related.

In this latest project, she painted one man like a jigsaw puzzle with a missing piece and the other, with crashing waves, which presumably relates to the band.
2.9
Score
Popularity
Activity
Freshness
Get Trend Hunter Dashboard