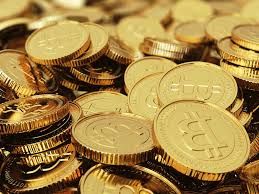 Michael Baxter — February 7, 2014 — Tech
References: cardforcoin & psfk
Card for Coin is very aware of one of the biggest trends of the last year or so, Bitcoin. Starbucks is a major player when it comes to coffee shops and even food chains, so making a play to use its currency is an amazing idea.

Crypto-currency probably won’t be replacing traditional currency anytime soon, but with its rising prominence, being able to have some Bitcoin in the virtual purse isn’t a bad thing. What Card for Coin does is it allows users to take their Starbucks cards and flip the balance into Bitcoin. While it seems like a “why would i want to do that” kind of situation, it can actually have benefits.

Being able to use a type of currency that is being more widely accepted, versus a currency that can only be used at one coffee shop is a plus. Bitcoin is here to stay and Card for Coin is cashing in.

Computer-Generated Celebrity Currency
Coinye West is a New Online Currency, Sure to Change the Gam
play_circle_filled