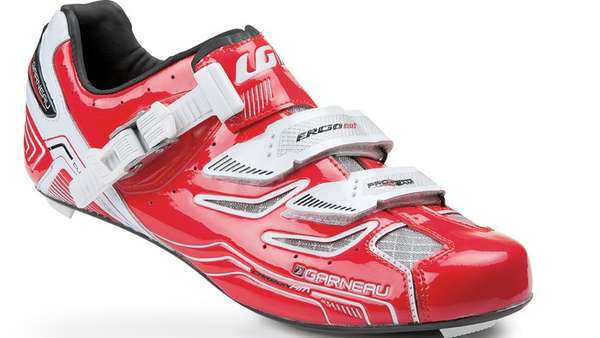 The Louis Garneau Carbon Pro Team Shoes use xylitol -- an alcohol-based sugar -- woven into the soles of the shoes to help regulate temperature. Ice-Fil -- as the xylitol-fabric combination is known -- causes fibers in the fabric to react to sweat, which it then converts into cool air.

The Louis Garneau Carbon Pro Team Shoes come equipped with ventilation in the sole and uppers to ensure that the kicks remain comfortable and dry while in action.

Team Europcar, the team that Louis Garneau sponsors, will train and race in the Carbon Pro Team Shoes for the entire 2012 season, including July's Tour de France. The shoes are scheduled to go on-sale internationally in January and will run consumers $329.99 USD.
3.1
Score
Popularity
Activity
Freshness