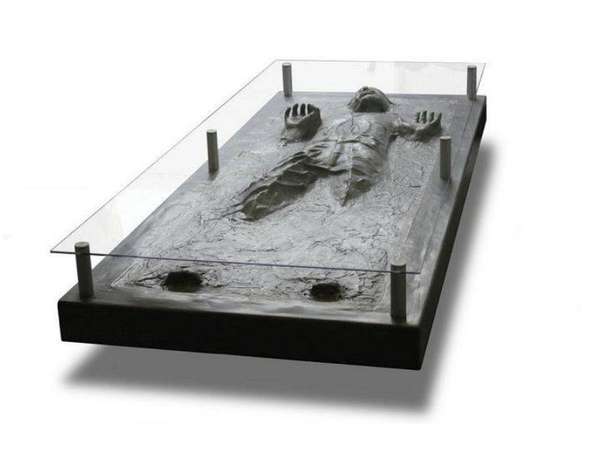 Matt Ho — August 12, 2011 — Art & Design
References: r-9.org.uk & gadgetsin
I know that Han Solo was captured and frozen in Carbonite, but what I don't get is why Jabba the Hutt never bothered making him a table like the Carbon Freeze P.

For those who need a refresher, poor Han Solo is seen frozen in a fictional substance called Carbonite at the beginning of Episode 5: The Empire Strikes Back. UK-based studio R9 has decided to recreate that Harrison Ford's prison -- but in the form of a table dubbed the Carbon Freeze P. The entire counter is cast from aluminum and replicates the movie prop in every way. At 200 x 75 x 36cm, it's a pretty good size too which means you'll have plenty of space to leave snacks, drinks and other items on. So if you've ever wanted Han Solo in your home, this is your one chance.
2.4
Score
Popularity
Activity
Freshness