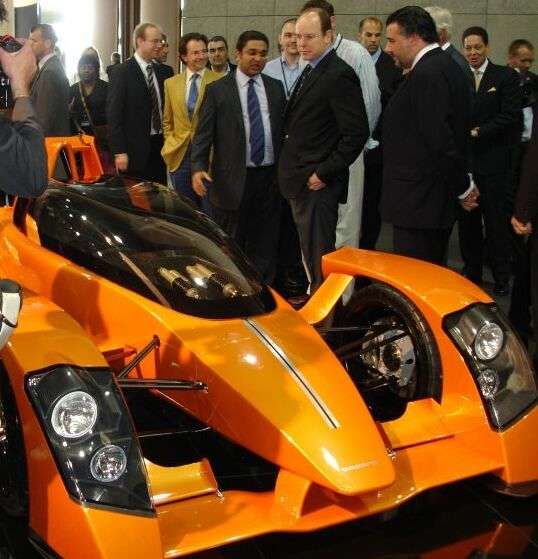 Jeremy Gutsche — May 21, 2006 — Autos
References: caparo-t1
Share on Facebook Share on Twitter Share on LinkedIn Share on Pinterest
At 1032 pounds and 1000 hp, the Caparo Freestream T1 is the most impressive street legal car you'll ever see. Yes, the Caparo goes 200 mph, but it wasn't designed for raw top speed, it was designed to corner, accelerate and brake faster than any car that's ever hit the street. In fact, the Caparo allegedly corners with over 3g's of force and accelerates to 60mph in just 2.5 seconds.

The Caparo Freestream T1 was designed by two engineers who previously worked on the McLaren F1 supercar and Mercedes SLR McLaren. The two, Ben Scott-Geddes and Graham Helstead, are planning on having the Caparao T1s on the road by December. 20 have already been pre-sold.
5.6
Score
Popularity
Activity
Freshness
View Innovation Webinars

18 F1 Finds
From Lawnmowers to Batmobiles

12 Ways to Be a Pro Racecar Driver for a Day