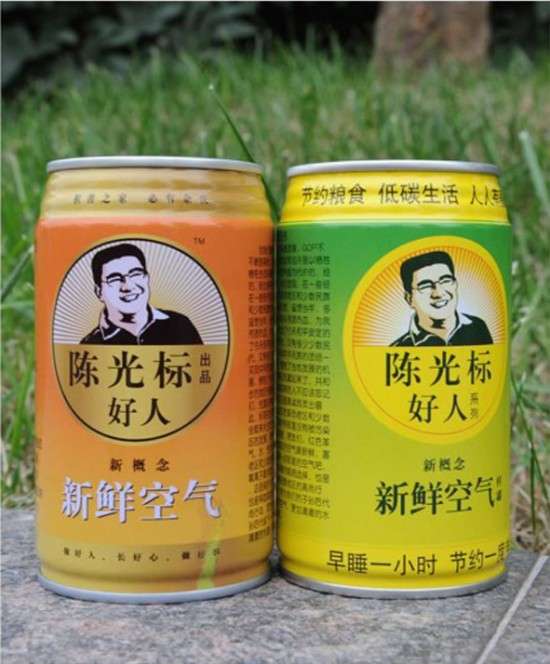 Take a Breath of Fresh Canned Air Any Time Anywhere for $0.80

Elise Ying-Hei Ho — September 28, 2012 — Eco
References: pbs.org & odditycentral
A Chinese businessman and philanthropist recently released canned air so the people of China can enjoy crisp, fresh air whenever they want. This affordable product is named after none other then 'Chen Guangbiao: Nice Guy.'

With such a high population and tons of vehicles, pollution is a constant problem in China. When the China Summer Olympics occurred back in 2008, the country implemented an odd-even driving system where cars would have to alternate driving days based on whether their license plate was odd or even.

The canned air is marked with advice and tips to encourage locals to become more environmentally friendly, like sleeping an hour earlier to conserve energy. At $0.80 a pop, these cans were sold out within days.
2.4
Score
Popularity
Activity
Freshness