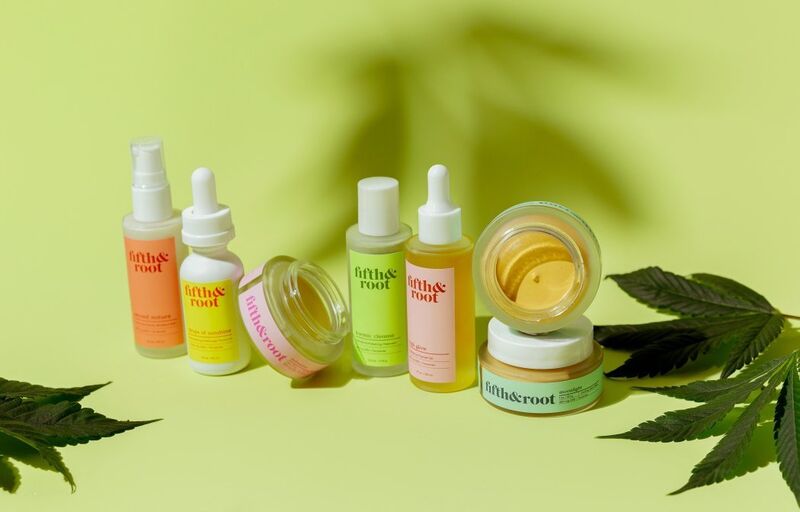 Kalina Nedelcheva — October 28, 2020 — Marketing
References: fifthandroot & beautyindependent
Share on Facebook Share on Twitter Share on LinkedIn Share on Pinterest
Fifth & Roots is a cannabis beauty brand that combines style-forward packaging aesthetics with innovative, high-end formulas. Its products are said to be "infused with pure plant magic" and that is not far from the mark. The company first launched with six core products that rely on minimalism and affordable prices to capture consumer attention—the goods were offered between the $28 and $68 price points.

The cannabis beauty brand's formulas rely on full spectrum extras with CBD, as well as CBG and CBC. All are non-psychoactive cannabinoids. CBD is known to be calming and reparative, while CBC is thought to fight acne and CBG is being investigated for psoriasis and eczema therapies. In addition, Fifth & Roots also incorporates cannabis root water, which has been used in traditional Chinese medicine remedies. Non-cannabis related ingredients are also included—especially adaptogens like turmeric, rhodiola an ashwagandha.