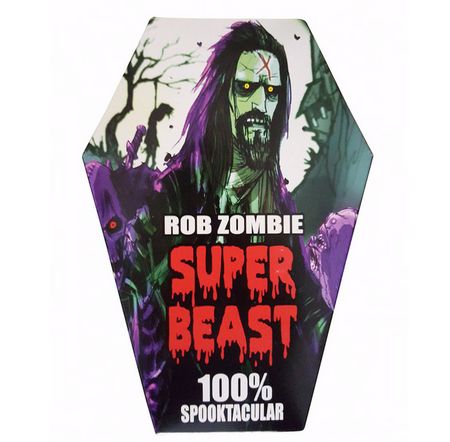 Laura McQuarrie — October 16, 2015 — Lifestyle
References: shop.robzombie & loudwire
Share on Facebook Share on Twitter Share on LinkedIn Share on Pinterest
If every musician decided to sell Halloween candy packs, it would probably come across as a bit gimmicky, but not for Rob Zombie, whose image is already fitting for the season. Considering that there are just as many adults who love to snack on Halloween candy as kids, Rob Zombie's new line of candies are bound to be a hit.

The candy packs are packaged to resemble coffin-shaped kits that are named after hit songs from Rob Zombie like 'Living Dead Girl,' 'Superbeast' and ' Meet the Creeper.'