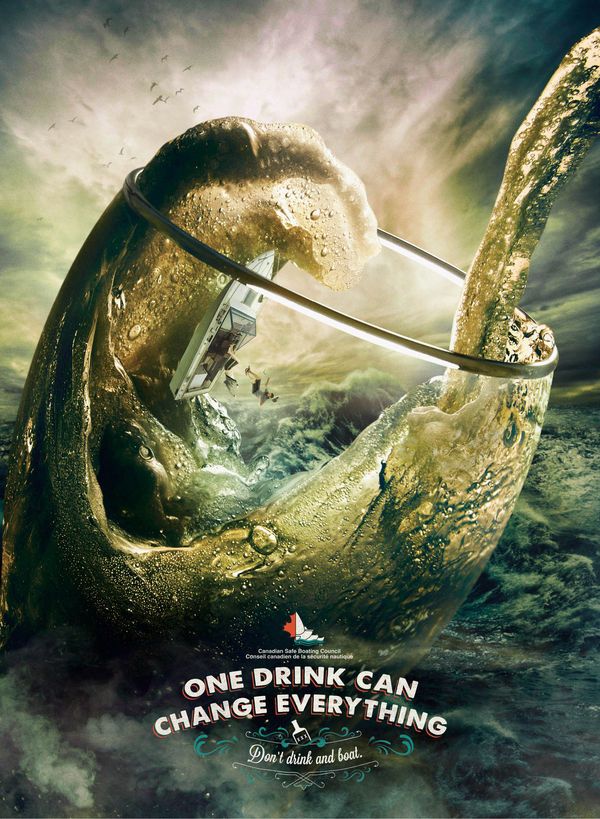 Meghan Young — May 3, 2014 — Lifestyle
References: saatchi & adeevee
Share on Facebook Share on Twitter Share on LinkedIn Share on Pinterest
The image of a drunken sailor may be stereotypical of the trade, yet the Canadian Safe Boating Council ad campaign cautions against drinking while at the helm. Not everyone can miraculously get out of scrape after scrape like Captain Jack Sparrow. With the tag line, "One drink can change everything," it likens drinking and boating to drinking and driving.

Conceived and executed by Saatchi & Saatchi, an ad agency based in Toronto, Canada, the Canadian Safe Boating Council ad campaign was art directed by Joel Arbez and Christian Buer with creative direction by Brian Sheppard and Matt Antonello. It portrays a serious ocean storm in a tumbler. Except in place of salt water, the glass is filled with some sort of alcoholic beverage.
4.3
Score
Popularity
Activity
Freshness
Get Trend Hunter Dashboard