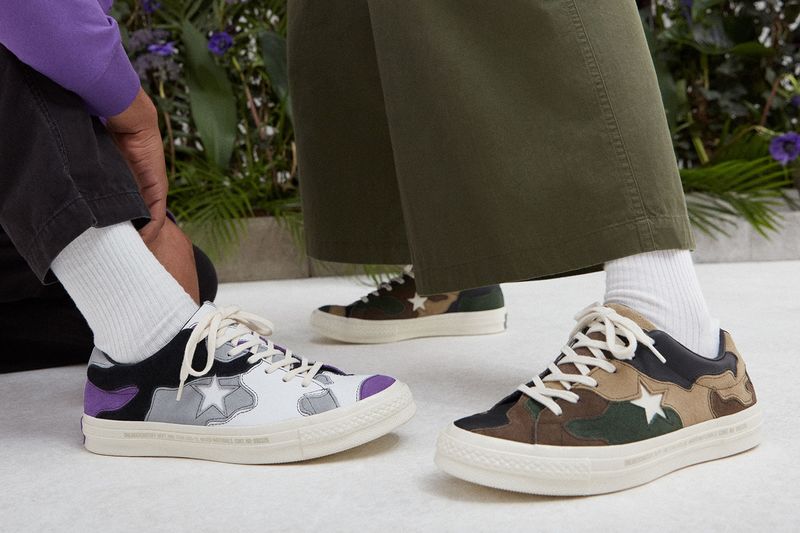 Kalina Nedelcheva — April 9, 2018 — Fashion
References: converse & hypebeast
After a collaboration with designer JW Anderson and Japanese brand BEAMS BOY, Converse has teamed up with Swedish retail store Sneakersnstuff to produce a collection with two new camouflage shoe silhouettes and co-branded apparel. A chromatic and military-inspired pattern is superimposed on the classic Converse One Star. The two colorways boast the same fluid design on the upper, but one is in a classic camo palette, while the other features white, gray, black and purple. The latter colorway of the sneakers is dubbed Deep Lavender.