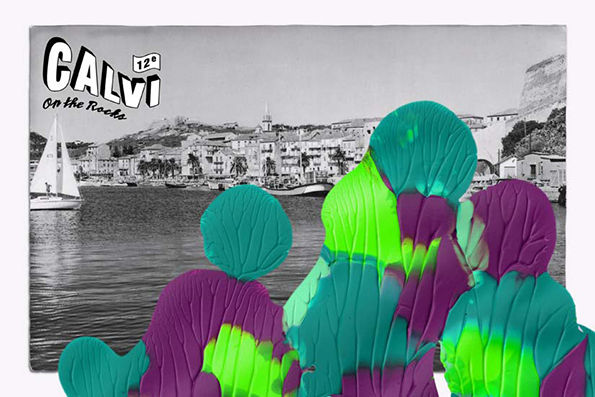 Calvi On The Rocks by Leslie David is Vibrantly Vintage

Meghan Young — June 30, 2014 — Pop Culture
References: leslie-david & itsnicethat
Share on Facebook Share on Twitter Share on LinkedIn Share on Pinterest
The Calvi On The Rocks posters are something people will want to frame and hang in their home. Although meant to advertise the upcoming musical festival that is taking place in north-west Corsica, France, they look more like works of art than part of an ad campaign. This is not surprising since it was put together by the brilliant Leslie David, who is known for his mixed media creations for Colette as well as his editorials.

Made up of retro black and white pictures of the town, the image, which can be likened to vintage postcards, are embellished with bright dabs of paint. Mixed together for a marbled effect, the posters "evoke the spirit and energy about to be unleashed on this pretty coastal idyll," as put by It's Nice That.
1
Score
Popularity
Activity
Freshness
Get Trend Hunter Dashboard