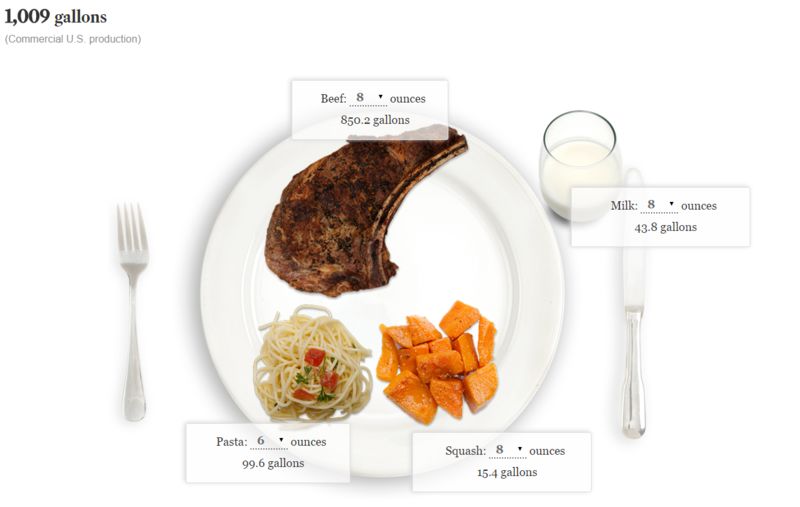 This Interactive Looks at California's Drought from Another Angle

A whopping 80% of California's water goes towards its agricultural production. This insightful infographic, created by the LA times, illustrates just how much water goes into producing the food on our plates. The average amount of water used per meal? A remarkable 968 gallons. Items such as steak require the most water to produce. Why? The majority of the livestock we consume are raised on industrial feedlots, where water runs through a less-than-sustainable irrigation system to maintain the animals' grain diet (as opposed to grass).

Overall, this infographic offers a new way of assessing California's drought, as well as the production systems we currently use in the agriculture industry.