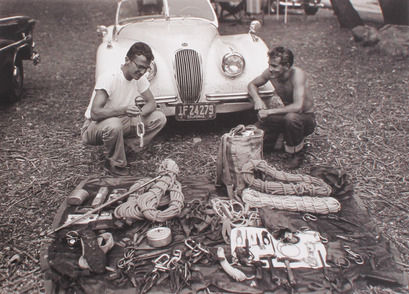 'California Surfing and Climbing in the Fifties' Chronicles a Golden Era

The so-called "Golden Age" of Californian innovation occurred between 1948 and 1958. The beautiful, monochromatic images of this time included in the book are often accompanied by wise words from professionals, such as climber Steve Roper, or the founder of Patagonia, Yvon Chouinard.

The 1950s, in many ways, was a much easier time (Choiunard refers to the decade as California's "easy years"). People lived with significantly less pressure and anxiety, and significantly more job security and familial support, culminating in a laid-back mentality that was embodied by the lifestyle. This is when climbing and surf culture really came together and flourished. Surfing legend Steve Pezman describes the experience by saying, "It was a cosmic attachment that, though it went unspoken, was shared by those who had felt it firsthand."
2.5
Score
Popularity
Activity
Freshness
Access Advisory Services