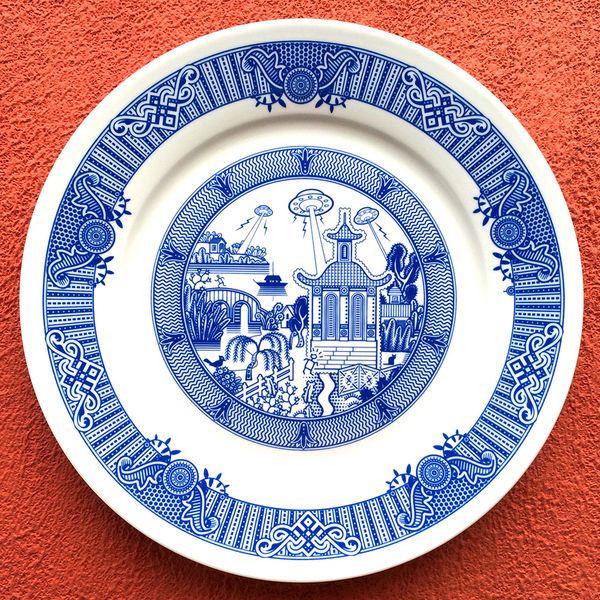 Calamitywear by Don Moyer Turns Tradition on Its Head

Meghan Young — May 12, 2014 — Art & Design
References: buycalamityware & thisiscolossal
Share on Facebook Share on Twitter Share on LinkedIn Share on Pinterest
At first glance, Calamitywear by Don Moyer, a graphic designer based in Pittsburgh, looks like a set of traditional blue willow-pattern porcelain plates. The style of the designs may be iconic, but upon closer inspection, it becomes clear that they are far from traditional. Instead, the scenarios depicted on each plate are hilariously disastrous.

From alien UFO attacks to sea monster sightings and more, Calamitywear by Don Moyer embraces fantastical situations that fly in the face of the serene scenes often depicted on such dishware. With a promise to create at least six different scenes, the American artist has started Kickstarter campaigns to fund them. So far he has two Calamitywear dishes for sale with a third currently vying for funds.
2.9
Score
Popularity
Activity
Freshness
Jeremy Gutsche Keynote Speaker