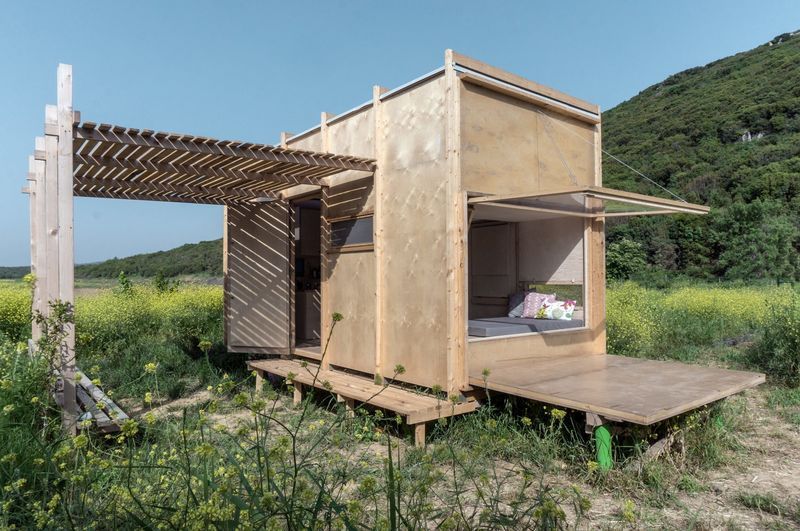 'Cabin on the Border' is an Eco-Friendly Off-Grid Cabin

Joey Haar — May 21, 2018 — Eco
References: dezeen
Share on Facebook Share on Twitter Share on LinkedIn Share on Pinterest
One of the main thrusts of building a cabin in the wilderness is to distance oneself from the trappings of civilized society, and 'Cabin on the Border', a project by design studio SO?, is a residence that does exactly that. The building is completely off-grid, and beyond being separated from modern amenities like electricity, the cabin even resorts to rudimentary mechanical devices in order to function properly.

Perhaps the most striking aspect of Cabin on the Border is its use of pulleys. The cabin is mostly used by its residents during the summer, so it has several windows that open up to let in air and light. However, it's located close to the Aegean Sea, so the weather in the region can turn relatively quickly. An intricate series of pulleys let the residents quickly close up those windows without electricity to keep themselves sheltered during storms.