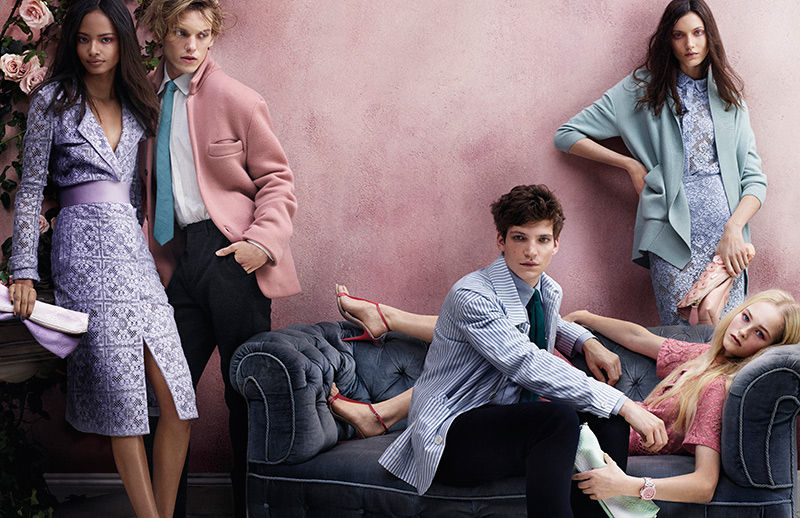 Meghan Young — October 31, 2014 — Fashion
References: shoppees & ftape
Share on Facebook Share on Twitter Share on LinkedIn Share on Pinterest
The Burberry Spring 2014 ad campaign is staying true to its roots with an all-British cast that include young musicians and actors alongside the beautiful people known as models. Piling together on a comfy couch while all wearing the brand's classic trench coat, the cast is cool and collected as they also show off a range of bags, umbrellas and pastel shades perfect for the season.