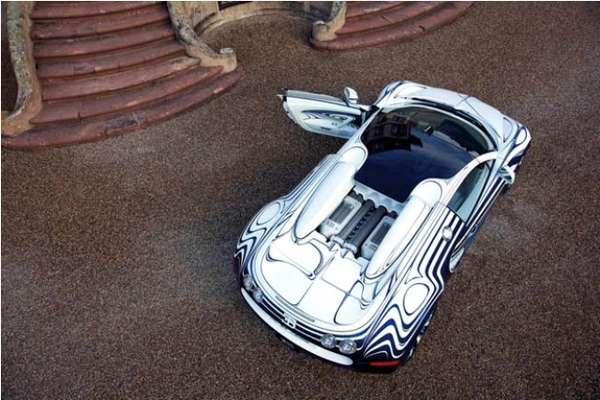 Michael Hines — July 14, 2011 — Autos
References: theweeklydriver & tuvie
I am almost positive that the new Bugatti Veyron Grand Sport L’Or Blanc is the first and only car ever to be made out of porcelain. The car was made in partnership with a Berlin-based porcelain company called KPM. The car is a one-of-a-kind version designed for an unnamed businessman from the United Arab Emirates.

The car will have a 1,000 horsepower engine and is expected to sell for around $2.4 million. $2.4 million may sound like a lot for a car, but the Bugatti Veyron Grand Sport L’Or Blanc is the only car in the world to feature porcelain in its design scheme, with 12 porcelain pieces in all, including porcelain fuel and oil caps and a porcelain tray that sits in the center console that can be used for holding caviar or other expensive foods. The car is set to make its official debut in September at the Frankfurt Motor Show, but you can see it in all of its glory here.
3.4
Score
Popularity
Activity
Freshness