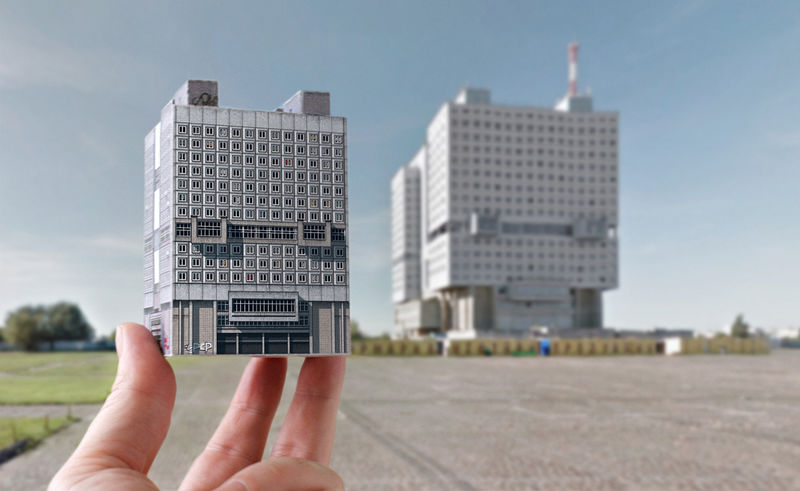 Joey Haar — February 22, 2017 — Art & Design
References: zupagrafika & archdaily
Share on Facebook Share on Twitter Share on LinkedIn Share on Pinterest
The Eastern Bloc may have had its fair share of problems, but the brutalist style of architecture that emerged during the era remains one of the most revered among modern practitioners, and 'Brutal East' is a celebration of those functionalist buildings. Created by architecture and design studio Zupagrafika, Brutal East is a book of famous brutalist buildings made out of paper, with instructions for how to fold those sheets into decorative 3D models.

There are many different buildings in the book, ranging from apartment complexes to sports arenas. Some of the more notable buildings include the Eastern Gate of Belgrade in Serbia, Romanita Collective Housing Tower in Moldova, the House of Soviets in Russia, and Sporto Rumai in Lithuania.
6.8
Score
Popularity
Activity
Freshness
Attend Future Festival