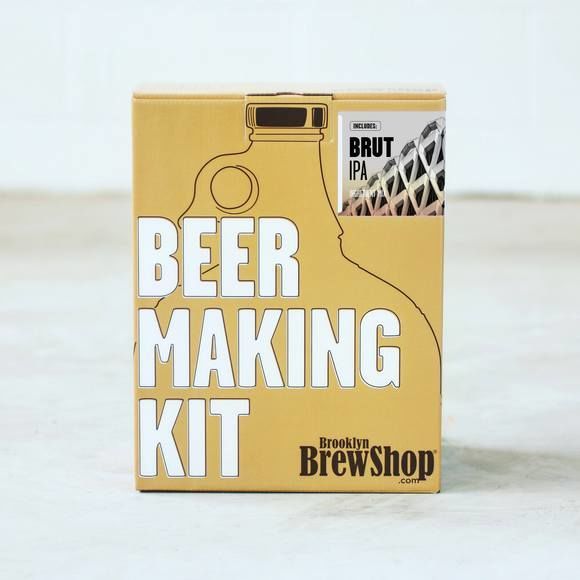 Kalina Nedelcheva — February 3, 2020 — Art & Design
References: brooklynbrewshop
Share on Facebook Share on Twitter Share on LinkedIn Share on Pinterest
The Brut IPA is "one of the newest beer styles to hit the craft beer scene." It distinguishes itself with its dryness and "fresh, aromatic burst," which is created by the addition of Ahtanum hops, delivered at a later part of the making process. With an ABV of 6% and a color that is not too cloudy thanks to a special, amylase enzyme-powered stage of fermentation, the Brut IPA definitely has the potential to pique the interest of beer enthusiasts.

Hoppy Alcohol-Free Beers
St. Peter's Refreshed the Recipe for Its Without Brand for Wider Appeal